Event Background & Description: Missouri is number one in the nation in out of school suspension and last year these same districts committed to improve their policies and practices. MCU has been actively working for over a year with 27 school districts to end out of school suspension in grades pre-K through Third. MCU is also working with several of those districts to revise or create Memorandums of Understanding with local police departments providing school resource officers. Additionally, MCU is working with local and state juvenile justice officials and judges, securing commitments on changes in the juvenile court system of St. Louis County. At the event, reports will be made on those updated agreements by districts and police officials.  Please join us to learn about the upcoming changes and how you can contribute to creating pathways--not pipelines--in schools & communities. 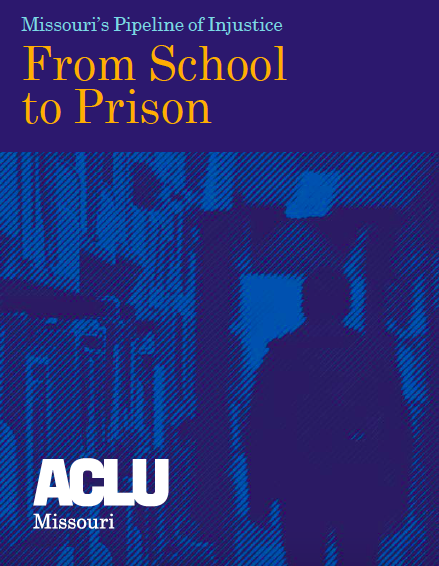 ESJ Contribution and Call for Involvement

On November 13th, 2016 ESJ joined with hundreds of educators, parents, and community members to publicly commit to Breaking the School-to-Prison-Pipeline (BTP). ESJ was a proud co-sponsor of the Regional Assembly held at Maplewood Richmond Heights High School. At this Assembly, district administrators publicly announced their level of commitment to ending out of school suspensions for children in grades Kindergarten-3rd grade.
Metropolitan Congregations United has been a leader in this initiative. This initiative arises from the Ferguson Report that called for an end to zero tolerance discipline policies and the elimination of the school-to-prison-pipeline. Each school district in the metropolitan St. Louis area has committed to a “tier” of intervention. The lowest tier involves investigating the suspension gap and brainstorming how to reduce it. The second tier involves recommending policy changes to eliminate out of school suspensions for K-3rd graders in the next year. The third tier involves the elimination of out-of-school-suspensions through policy changes this academic year.

ESJ continues to work in coalition with Metropolitan Congregations United, WeCan, Forward through Ferguson, Focus St. Louis, Ready by 21 and others, to Break the School to Prison Pipeline. Members of ESJ attend monthly organizational meetings and report back to the Board.

Would you like to attend monthly #BTP meetings as an ESJ representative? If so, send us a message!
​ESJ’s Call for Grants is focused on promising practices that interrupt the ‘pipeline’ in classrooms, schools, districts, or communities. Please consider applying for the ESJ grant. See the Grant Application Form below. Click here to learn more about the Grant!
Proudly powered by Weebly